Every day is a fashion show, and the world is your runway. The world we live in can be hard, just as cruel as it is glamorous. Likewise, the modeling world is not just about glossy runways and mystic fame. Here we present to you the five prevailing myths about modeling in India, which are pretty much the same everywhere.

Models are asked many times what they eat or how they maintain that perfect photogenic stance. However, questioning out of curiosity, typical Indian behavior is different from assuming that they do not eat. Just because you see a model’s collarbone or a rib in a pose does not necessarily mean that they are starving. Also, it does not indicate that he/she does not intake enough calories. Some models can maintain their lean because they take health into considerations at an early age.

People believe that you have to be over the height of five feet and eight inches to be a model. Off the top of my head, I can name many successful models who are around five feet and five inches tall. They do so much more than some models who are over the height of five-eight. You can model even if you are not even that tall. Many petite models are seen modeling in magazines, doing print work, or modeling for hair care lines, skincare lines, beauty brands, and things of that nature.

Models are not about just beauty. However, it does not matter if the model has not even had any higher education. The fact that he/she can curate their social media handles in a way that captures the eyes of the scouts, sponsorship, and brands is enough for the modeling world. This is more than just beauty and what the modeling industry calls brains. Some models have not even completed graduation but can secure a place at the hoardings. Some are even into biology, veterinarians, and whatnot. Ultimately, it is a personal choice, and one can not generalize.

A lot of people do not consider weight as a constraint to models. Although some still believe that one needs to be skinny to be a model. You need not be a size zero to two to be a model. You need not lose weight before you go to open call believing that the agency might sign you since you are thinner. Instead, come as you are. Many modeling agencies pertain to full-figured models. You do not have to change your body and put it under surgery to suit the limelight of the industry. At times the agencies and the directors want full-figured models to walk the runway to showcase their attire for the people of such dimensions.

Is Age Just A Number?

Do I have to be young to be a model? People often succumb to such thoughts and quit before even giving modeling a good shot. Do you think Rihanna is sending her laundry line to an eighteen-year-old? Do you see young teens drinking alcohol in the commercials? No, you do not. They may look young because they take good care of their image, body, and health. There are multitudinous job opportunities for models over twenty-five years of age. Yes, modeling is about beauty, but it is also an energy. Do not let your size or weight be a deciding parameter or that fly in your career ointment.

Such ideology among people must never hinder you from becoming a model, rather help them understand the industry better. Remember that one does not model to prove the people wrong, rather does so because they want to do so. There are these myths that take the edge off the charismatic modeling world and we bust them today. 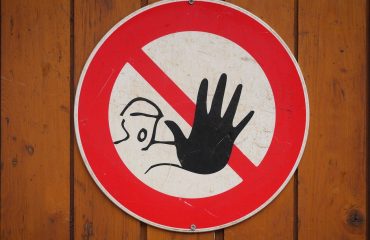