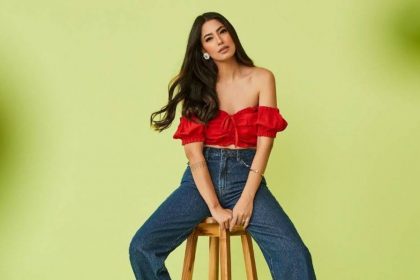 Aline Tabata is a Brazilian fashion model hailing from a mixed background of Brazilian and Japanese culture. The 37-year-old model has completed twenty years in the modeling industry. In the span of these years, she has lived across many countries such as Japan, Thailand, Hong Kong, the Philippines, and Italy for her modeling projects.

“In my 20-years of career, some things were remarkable to me. I was Gisele Bundchen’s successor in a Vogue Eyewear campaign that came out in 12 countries around the world. It was a great achievement in my career, in addition to campaigns for Coca-Cola and Chevrolet in Thailand, editorials for major international brands such as Prada, Adidas, Chloé, Diesel, among other renowned brands”.

Aline Tabata is working relatively well despite living in the countryside. She believes that in this environment many things count besides beauty and physique, like discipline and professionalism. Other than that, she believes the market is getting very heated again. After the lockdown, the companies are coming back to full steam. In any self-employed career, one needs to plan. So when she started professionally as a model, Aline did 100 percent of her work as a model and digital influencer. She organizes herself within her financial reality.

From her childhood, Aline loved posing and then seeing herself in the same pictures. She usually jokes that she was born posing for pictures because she was so much in love to be a poser. So, when she was 16, she heard on the radio about the modeling agency. The director of the agency from Japan wanted to do tryouts to send models there. Aline signed up and passed all the tryouts. And, they sent her to Japan. As her uncle used to live there, he consulted that the agency was reputable and real. That is where it all started.

Then, she modeled for a year in Tokyo and further went to other countries for further projects. Sharing her experience in the first project, Aline said,

“I was in Japan and was casted among many models. It was a job for hair styling paste. I had the profile the company was looking for at that time. I had a short hair. It was for a good brand, Mod’s Hair. I was really happy for it”.

Aline is a very homely person. So, one of the things she loves the most is staying at home, drinking coffee, and watching a movie with her husband. Other than that, she is fond of eating well and staying fit. Therefore, her perfect day off would be enjoying some quality time with her husband and enjoys binge-watching with him. Her favorite show is her husband’s show. He is a Christian singer. Aline Tabata was always thin. She believes it is in her genes.

“Life can give you incredible chances, but it is important to be prepared to take advantage of them. As old folk wisdom says: being the right person in the right place”.

Aline Tabata is graduated in Business Administration. Currently, she is a fashion student and doing distance study at Unicesumar University. She chose the program because of her passion for fashion and also to add to her profession as a model and influencer. Talking about fashion, Aline Tabata said,

“Fashion for me is inspiration. It is about finding one own’s style. Also, it is about feeling good for what one is wearing regardless of whether it is in trend or not. Fashion is about authenticity and personality”.

Aline Tabata is born and brought up in Brazil. Her favorite places in the country are São José do Rio Preto. It is like a capital with the warmth and tranquility of a country town and is perfect to live in. And, the second is Pão de Açúcar in Rio de Janeiro and the third is a place that she wishes to go to: Lençois Maranhenses. The place is just perfect. Moreover, spring is her favorite season. As the city is beautiful, everything is in bloom and it is not as hot as in summer.

Moreover, Aline Tabata has no limitations in clothing and can model all kinds of clothes. Though, she is not into implied nudity and does not prefer to be part of such modeling. The Brazilian fashion industry is unique and is doing great. Adding to this, she says,

“Even though we are very influenced by international fashion, I believe that we have our own fashion language. About international competition, Brazil has had an important domestic fashion industry for years. Therefore, high import taxes has protected local producers from the wave of clothing made in China and Europe. That boosted domestic brands”.

This article has been written by Devyani Srivastava.

In Conversation with Makayla Rogerson – April 2019

2 Comments to “ Aline Tabata “Fashion is about authenticity and personality.””