“All of us are unique, this is our power”, Nektarios Kirkopoulos

“All of us are unique, this is our power”, Nektarios Kirkopoulos 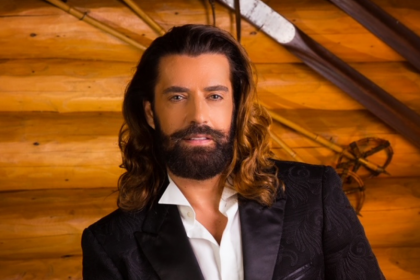 Nektarios Kirkopoulos is a Greek international top model who looks like a Greek god. He has been in the fashion industry for more than 15 years with thousands of catalogs, fashion editorials, and campaigns. Nektarios has collaborated with the best photographers around the world, with covers in the most prestigious magazines. Furthermore, he has made endless appearances in fashion shows.

Nektarios is well-known for the ‘’NOs’’ that he says to various big productions when he believes that the results would not be as expected. This is the reason why he is a perfectionist. And, also a professional when he says yes,  the work will be delivered perfectly, he stands true to it. All these years in his career he has worked with big names such as Maria Grazia Cucinotta, an Italian actress, screenwriter, and model. She is best known for her roles in ‘’il Postino”, ‘’the sopranos’’ and as a James Bond girl.

Additionally, Nektarios was the replacement of George Clooney in Asia when Clooney could not make it. He accomplished all the aforementioned during his stay in China. It was one of the countries in which he stayed for 8 years.

“I would like to say that I am very happy to be on the L’ Officiel-Ukraine cover this time. It is a reputable and credible magazine. This makes me extremely happy”.

Nektarios is a fun-loving man and loves being himself. Modeling was never his priority. It just happened when someone discovered him. Frank Delubac was one of the biggest mentors in the industry. He advised Nektarios to be himself, exercise on regular basis to stay fit and in shape. Most importantly to be away from drugs.

In all these years, Nektarios has traveled almost everywhere across the globe. One of his favorite places in India is Goa. For him, the toughest part of being a model is a tight schedule and workload.

“The toughest part for me being a model is to go straight to work after traveling. To look nice, always have good attitude, smile and not complain about the schedule”

Nektarios is hoping to be a part of more commercial projects. He was happy and satisfied that last year he had the pleasure and choice to choose whoever to work with. Nektarios said though it is sad that many magazines have stopped publishing. Greece is known for the best photographers and editors, and of course amazing locations for shoots.

“Greece, I believe is one the most beautiful places in the world. Beautiful winters and summers. My favorite places is Santorini Mykonos and Arachova which is a winter destination.

Nektarios loves reading books, biking, swimming, and spending quality time with friends. He runs and plays tennis to stay fit and be in shape. Nektarios strongly believes that not only him but everyone is unique and beautiful in their own way. This is his power and he feels it should be for others too.

Nektarios had also worked in India. He loved the country and is one of his favorite countries. Moreover, he misses everything about India including friends, music, etc. However, he feels there are amazing photographers in India but the work here is a bit slow and this can make one tired for no reason. Also, Nektarios has worked with Mrs. Gauri Khan, interior designer, wife of Bollywood superstar Shah Rukh Khan. Talking about his work, Nektarios said,

” My favorite modeling experience has been with Esquaer magazine for cover shoot. I am very happy, I did one more cover shoot in two months. If the things stay like this, nothing will make me super happy than this”.

Nektarios is doing exceptionally well in his life. His typical day at work is completely packed up with casting calls, gyms, and other works. His cover shoot for I’officiel hommes and also for Esquire magazine has been the best and most exciting thing that happened to him last year. He is extremely proud of his achievements and years of hard work.

The article has been written by Devyani Srivastava. 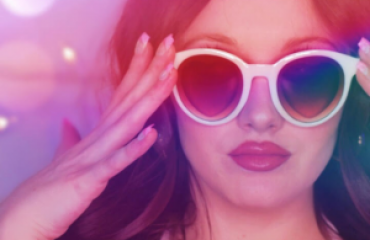 Amber Schultz – May 2021 Interacting with

1 Comment to “ “All of us are unique, this is our power”, Nektarios Kirkopoulos”