We all live in a society where there are rules to abide by. Society always told us how to speak, how to dress, how to behave well. But when it comes to deciding what the “perfect body” for an individual is it crosses every line of unfathomable. Surprisingly, the only time that people could be happy with their shapes, sizes, and colors was during the war. As time has passed on, society started shaping these unnecessary demands and expectations forgetting we are only human.

We want to live, love, eat, sleep at our own pace but since everything is a race. Why should not have to be skinny be a race as well? People now prioritize foreign opinion and seek approval on every little thing. This is mostly due to insecurities and wanting to fit into a ‘so-called society’ that thinks one thing is right and the other wrong, in this case, being thin is right, and being heavier is wrong when they don’t have all the facts. There is no more space left for personal thought or self-love.
From the 1900s to the 1910s the idealistic body type for a woman was known as the aforementioned Gibson girl.

Body shaming started in 1920 when the first weight-loss drug was introduced, and many began idealizing themselves. It may not come as a shock when I tell you that this is also the first time when the term *halo effect* was used. The “halo effect” is when one trait of a person or thing is used to make an overall judgment of that person or thing. It supports rapid decisions, even if biased ones. Therefore, in this case, judgment on weight and now so many years later it continues only not as bad as the earlier years.

Social media now and when introduced has played a huge role in pressuring women to fit into what is portrayed as beautiful. These platforms have an enormous influence on everyone from infancy to the point since social media is everywhere. This has led to eating disorders and health issues within youth. They cannot live up to the unrealistic expectations they put in front of themselves. The simplest answer is that these are the easiest way to weight loss only it takes a toll on a lot more than just weight.

In history, women have gone through all different types of extremes to fit society’s idea of perfection. As social media progressed the view of the size of a woman’s body frame grew smaller. Though the media was not as diverse as we know it to be today. The media drew a woman and printed it on posters for all of society to view. Such as the famous Gibson girl from the 1900s, which caused women to base their bodies on illustrations. This could also cause women to try and look like a body type that was not attainable and not real.

Women tried to attain these unattainable looks by doing a mixture of things such as dieting, wearing tight clothes, etc. Slender and tall represented the ideal creation of femininity, with a “voluptuous” bust and wide hip. People also knew it as the “S” curve in women or the hourglass figure. They achieved this exaggerated body by wearing a corset, pinching the torso, and waste significantly. During this time in history if you were a heavier woman it was evidence that you came from a wealthier family and were healthy.

Another bad example in body shaming history is Victoria’s Secret. A brand that was supposed to promote positivity and free spirit but end up promoting “the perfect body” campaign, according to Allure magazine ”the ‘Body’ in question is a type of bra – one that is available in sizes A-DDD – but slapping the phrase “The Perfect Body” on a photo of six-foot-tall models with zero percent body fat is easy to misconstrue. It is no secret the fashion industry has a long and problematic history with the body ideals they promote. Just this week, Walmart – hardly a major couturier, but still – labeled a section of their website “Fat Girl Costumes.”

A change petition launched #WeAreAllAngels asking that Victoria’s Secret, “Apologize for, and amend the irresponsible marketing of your new bra range ‘Body’”. More than 1,000 people have signed it so far.
“All this does is perpetuate low self-esteem among women. Society makes them feel that their bodies are inadequate and unattractive. As they do not fit into a narrow standard of beauty,” the petition explains. “It contributes to a culture that encourages serious health problems such as negative body image and eating disorders.”

Model Bridget Malcolm went on to point the finger at the fashion industry, saying that it should celebrate women of all sizes instead of making them feel bad about themselves. “There is a massive grey zone in the fashion industry,” she noted. “We see ‘straight size’ girls from sizes 0-2 maybe a 4 if the girl is famous or has boobs. Then nothing, until we hit ‘plus size’ girls at around size 14. Never mind the fact that many women in the western world fall in this size bracket. Until a woman can open a magazine and see her body shape represented, how can women stop comparing themselves to an impossible standard?”

On the other hand, Rihanna’s recent Savage x Fenty fashion show has inspired her to ask other women to join the protest. That show featured an all-inclusive cast of scantily clad models, including two pregnant models.
Vouge quoted Rihanna saying, “I think it’s a shame women have to feel insecure or self-conscious about how their bodies look. They’ve been taught by society that only one thing works”.  The Savage x Fenty as a brand is such a breath of fresh air.

The few ways body-shaming manifests is one, when you are criticizing your appearance, through a judgment or comparison to another person. E.g., “I’m so ugly compared to her.” “Look at how broad my shoulders are.” Second, criticizing another’s appearance in front of them E.g. “With those thighs, you’re never going to find a date.” Lastly, criticizing another’s appearance without their knowledge like “Did you see what she’s wearing today? Not flattering.” “At least you don’t look like her!” No matter how these manifests, it often leads to comparison and shame and perpetuates the idea that people should be judged mainly for their physical features.

The real question here lies in how do we challenge this or overcome it? In situations like those listed above, expressing true feelings rather than physical criticisms can be a great first step. But where you should start is to Practice identifying why you are upset about a situation. Then, identify who in your life is body-positive – or even body-neutral. Think of people who celebrate their body for what it can do. Also, people refuse to comment on others’ physical appearances. Spending time with these people can be especially helpful while you are struggling with your own internalized body-shaming. Confront those who perpetuate body-shaming. Also, find something you LIKE about your body. Something physical or nonphysical that makes you YOU, and celebrate it every day. 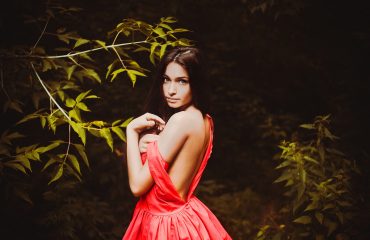 The dress to flaunt your Assets 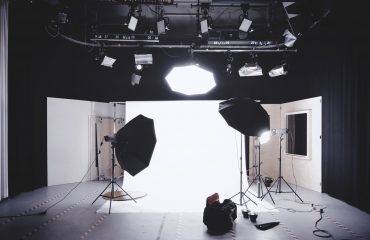 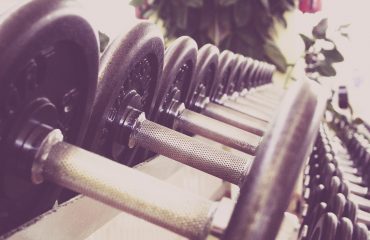