We want to be updated upon every new development in the lives of our favorite characters, on-screen off-screen as well.

The celebrity life comes with its own set of pros and cons. Every moment in the life of your beloved characters is under scrutiny from the general public. Such is the life a celebrity mother.

From food to fashion, all of their choices, no matter how simple or irrelevant it might be, will be criticized by someone or the other. But what we give the least thought is that these celebrities are, after all, just like us with families and friends. Those stunning actresses that you watch walking down the red carpet. And so easily deem them pompous, creating this impression that all they do is dress up. And attend parties but let’s not be quick to judge.

Kim Kardashian West with her kid.

Let’s take a look at some of our favorite celebrities who are excellent at playing a mother’s role and are the real stars at home. Marvelous mothers around the industry who perfectly balance their career and their families. Despite all the scrutiny and challenges, these ladies know how to keep their heads high. Not let the industry’s negative influence affects their kids. You might be in for a surprise to know about a few people on our list.

They are starting our list of celebrity mothers and how can it not be with the Kardashian sisters. The reality TV star Kim Kardashian and husband Kanye West are proud parents of three kids. Their daughter North West is five years old, Saint West and their son is three years old, and a little daughter Chicago West, plus one year now. The couple is supposedly having another baby boy by surrogacy whom they will be welcoming sometime mid-year.

She wanted to have a more private nine months and so she enjoyed the time to prepare herself for the daunting role ahead. She has a beautiful daughter Stormi Webster with Travis Scott. Kylie revealed the name of her baby via an Instagram post.

Our beloved actress and singer, JLo, of course, Jennifer Lopez, is a mother to twins Maximilian David Muniz and Emme Maribel Muniz, both 11 years old. The kids are exceptionally talented and are falling in the footsteps of their versatile mother. JLo recently posted on Instagram where the kids are seen singing. JLo and her partner Alex Rodriguez are parenting the kids well.

It is an overwhelming feeling for a woman

Chrissy Teigen: this beauty with a perfect comeback timing is a mother to two beautiful children Luna Simone Stephens and Miles Theodore Stephens. A bestselling author and a model, she is one to manage many varied roles correctly.

Beyoncé:  This goddess of a woman and the one who the entire world holds in high esteem, broke the internet with the pictures of her pregnancy shoot.  American singer, songwriter, actress, director, record producer, and dancer Beyoncé is a mother to 2 kids, Blue Ivy Carter (7) and Sir and Rumi Carter (1). Little Blue is already a celebrity on her own.

Jada Pinkett Smith:  Actress, singer, and producer wife of Will Smith is a proud mother to two kids, Jaden Smith and Willow Smith.

Victoria’s Secret model Behati Prinsloo has welcomed her first child with husband, Adam Levine. Their first daughter, Dusty Rose Levine, was born in September 2016, and their second daughter Gio Grace was born in 2018. Her pregnancy has not stopped her modeling career, and she can still be seen gracing the runways. By her looks, who would say she is a mother of two.

Modeling is fun even when you are a young mother

Holding 23 grand slam titles, but for her, the title of a mother tops it all. Serena Williams is giving us mommy goals. She made history when she won the 7th Australian Open while she was pregnant with daughter Olympia.

How can we forget our beloved couple, Blake Lively and Ryan Reynolds? The super enthusiastic duo has a great time parenting James Reynolds (4) and Inez Reynolds (2). Both of them graced the media with their adorable kids on the Walk of Fame ceremony.

Alessandra Ambrosio: The Brazilian Victoria’s Secret model, one to hone the wings for the most extended amount of time, is a mother to Noah and Anja. The model is deeply engrossed in her family and can be seen in her day to day activities with her kids, and they are seen accompanying their mother at various sports events and concerts.

Want to become a model? WORLD MODEL HUNT magazines contain the most beautiful and upcoming models from across the world. Our search for the next supermodel works without international borders over the internet in various countries. Advertise with us! Get the maximum reach for your brand. 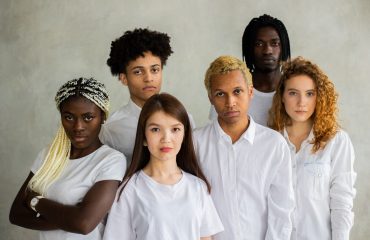 5 Skincare Tips Every Model Should Know 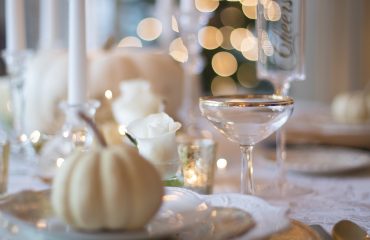