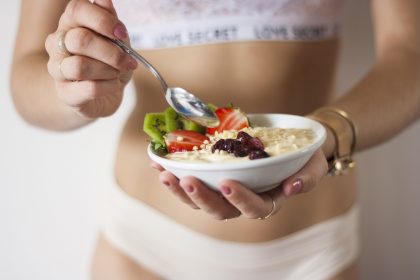 Dieting has been a trend around since the times of the first cell-phones. Staying fit is a trick, best broken into two bits. The food and the work. So to problem of managing the first of those comes with the solution we now know as Dieting. And over time this solution has evolved as per the person’s needs turning out to be a fitting prophecy for almost any shape and size. With the improvements in dieting methods, anyone can now get a personalized plan that suits them best and work it out with a professional to help them perform better with dieting.

Now dieting itself is more of a wide range conversation. Hence we have seen many trends come and go like fad diets and what-not, but all of it comes down to a basic question, how much do we know about dieting? To find out, we’ve assembled everything you need to know from all debunked old dieting myths to personal reviews of models on how they manage their diets. Everything you’ll need this summer holiday season to prepare for yourself for the perfect shape.

But before we begin, ever thought of all those bizarre dieting myths with the keto craze or the vitamin train that followed up on the trends of the past and stuck on in the minds of generations to this date?

According to Gabriella Petrick, a food historian at NYU with a PhD explained how people ended up believing that carbohydrates were the answer to a longer life after finding out red meat was closely associated with heart diseases. As opposed to the 80s high-carb diet ideology, the 90s Atkins diet was a major change.

The hardcore discipline followed up on the trends in the 80s as it was time to buck for low carb & even lower calorie diets. So low that it could dive down to a mere 1,000 calories or fewer a day. These drastic diets lasted 2 weeks and an on & off follower could lose up to 20 pounds per week without any long term effects. But with a restricted food list. Losing 20 pound sounds a considerable deal.

What came crashing in 1983 after FDA pulled them from the market to investigate long-term effects, the pills were known to absorb carbs, promising you that you could stuff pizza in your face and have no consequences.  It was then pulled from the market finally but later reintroduced as Ephedrine-free though critics still don’t consider it safe.

The early sixties was more of a conceptual era where people shared everything, even dieter formed support organizations after the Overeaters Anonymous was formed in the early parts of the decade. After launching Weight Watchers in ‘63, Jean Nidetch shared her experience of having lost 72 pounds since ‘61.

Ever feel like a start-up idea gone BOOM! Well in the early 50s, the idea of Christian Dieting Industry exploded after reverend Charlie Shedd wrote in his book “Pray your weight away” after losing a 100 pounds!. More of the same genre literature followed published copies in the market and late till 2002 this trend surfaced the market.

You ever noticed how those smokers all look skinny standing under the shade with a drag every now and then? Well the myth that models and celebrities smoke all day long to keep their thin figures sustained came from the early 20s-30s ad campaigns. In a raw attempt, the cigarette company Lucky Strike ran a slogan that was the major cause of people ignoring lung cancer for losing a few pounds. To cancel it out, a lemonade diet was introduced which later on found its way into Hollywood.

Their Secret to Staying in Shape

“Clean Eating” & “Light Eating” is the philosophy Chrissy prefers as she clarified on her twitter last year. “And the hearty, heavy, decadent things are because we deserve to enjoy life.” She said. She’s also been known to support “Girls having Potato chip cravings”.

Bella hadid’s perfect bod in her adorable snaps has had us all year long last year but she recently revealed that she maintains it along with grilled cheese sandwiches and French fries. And if only you can call eating that “Every day” a cheat meal.

Spilled secrets from the Trainer, Ben Bruno, back in 2016 revealed that the model Kate Upton goes with a “Lean protein at every meal with limiting sugar and processed foods.” And like everybody, Kate grabs a treat every once in a while but she makes sure to pick up where she left off, said Bruno. Doughnuts being the favorite treat, she takes a stuffing every once in a while!

Considerate of her energy levels and her body, back in 2015 Karlie said she “Loves her Midwestern Roots” but it’s a little less healthy of a lifestyle. She has since traded oreos and goldfish for Avocado toast and Kale.

Shakes and Liquid dieting are not the same, and to tell you how, explains Adriana when she plead to “Those teenagers out there, Don’t go starving yourself or only drinking liquids” while she works out twice a day & only drinks protein shakes for nine days.. And then for 12 hours before the show, she dries out with a “No liquid” diet.

As a body positive, size-22 model, Tess is known to fire back at any criticism she gets for her body. She told Yahoo! Back in 2015 that unlike people’s common assumption, she’s not unhealthy. So them saying “She’s successful but Well, Unhealthy” doesn’t suffice justice to her.

The “In-Between” Model, Rather than plus-sized daughter of the Rock legend Gene Simmons & Model Shannon Tweed appreciates her virtues of moderation. Never being the one for fad diets, she loves cakes and all things moderated.

Going vegan is a trick that has worked for a long time for people of all shaped and sized and since it not being exclusive to models and celebrities has made it widespread, Charlotte also prefers changing her beef for Grains and a quinoa burger for lunch. She adds up and loads a lot of vegetables to her diet to ensure she maintains her body well and opts for a glass of occasional rosé and blueberries.

So far you could say that all it comes down to whether it’s celebrities, models or any one of us, when it’s about dieting, it’s best to go with something you can be comfortable with and can work around your routine and situation rather than having to change your day-to-day excessively for your diet. 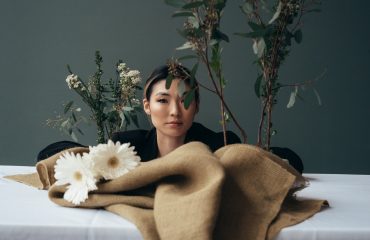 How To Get Scouted And Recognized As A Model 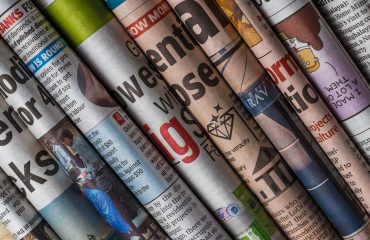 How to get published?