Diversity in the Industry

Name five black models of the top of your head that you have seen getting featured on the covers of those colossal magazine brands. Looking over the past decade, it is going to be a hard time recollecting 5 such names. You can’t get past Naomi Campbell and Tyra Banks. That is because the number of “culturally diverse” people working in the industry is quite less. It is so less than you can count them on your fingers.

What does a typical model look like? Or rather should look like? Apart from being skinny and tall, they ought to have sharp features or just a common term to generalize what they are looking for as “beautiful” but what that implies varies a lot. The fashion industry has long been accused of having type-casted models more so a proclivity towards the lighter skin tones. Thanks to the awareness amongst the youth that diversity in the fashion industry has surged leading to the overall improvement in the scenario.

A lot of models have been through brutality and discrimination based on their skin color or background. They were denied jobs not because they were not fit for it, just because they might not have been of the “skin tone” that the job or advertisement required. Just because someone doesn’t fall under any one category does not mean that they can be denied what is so rightfully there’s

First, Agencies rarely sign darker-skinned models for jobs, Even when they have made it through, they need to bring their makeup. Also, the makeup artists are reluctant about what needs to be done for them. Let alone bringing their makeup, they have to do their makeup when they go for shoots. It is even worse because the professionals hire makeup artists for such big jobs. Agencies pay them to do their job. But they still end up using the same shades as they would use for the white models. That is highly unprofessional. This is because they have been certified to be able to do their job no matter what the skin tone is or the background of the person they are working with.

The problem is not just with these makeup artists alone. The people who are hiring them should make it clear from the very start that we live in an age where diversity is important. Also, we are not the same orthodox people having just one static dimension of what beauty means. People don’t consider it to be such a big issue but that is exactly where they are lacking, it matters and such things cannot be overlooked

A lot of modeling agencies come forward and claim to fight the battles against gender discrimination. They will help you book a job no matter what skin color you are. There are models all around the globe striving to reach a position where people recognize and consider them as professional models. Even after they put in efforts, someone will always be ready to thwart their determination. A lot of models have faced discrimination racial and otherwise when it comes to booking jobs. Which is just a sad truth but a fact still, which no matter shaded by how many lies you can not deny.

Models are coming forward and talking about their experiences. The ones that have made it to the top but their journey up there was no walk in the park. The ones still struggling to prove themselves are out there looking for not better opportunities. But considering an equal world where skin color is not a privilege.

Recently the fashion world has been revolutionized by unique models who are representing the transition in the industry. More and more models with darker skin tone are walking the ramp for bigger brands and bagging big names. Winnie Harlow, a contestant for ANTM cycle 21, walked the ramp for Victoria’s Secret last year. Lea T, the longtime muse for Givenchy is a transgender model who has been revolutionizing the industry. Diandra Forrest an Albino African American model who has been in the industry for quite some time. People made considerable progress, thanks to the media people. They are becoming aware of the dirty secrets of the industry, and make amends. Change is inevitable but we cannot expect the entire fashion world to change overnight. The process is slow but steady and we can expect great things, a façade of the fashion industry. 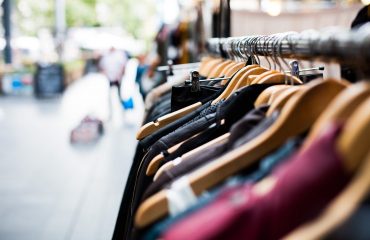 Relation of clothing styles with the climate 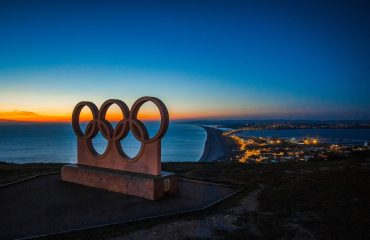 How to plan for a successful pregnancy photoshoot?