“Fashion Is All About Multimedia”, Fashion Model, Milena Panic`

“Fashion Is All About Multimedia”, Fashion Model, Milena Panic` 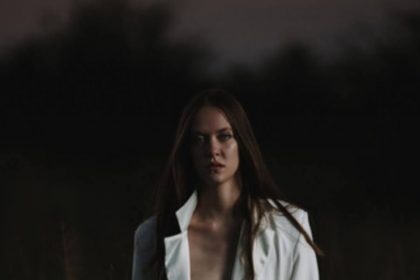 Meet Milena Panic`, a fashion model from Serbia who has been modeling since 8 long years. Now Milena is well aware of how the industry works.

She is an independent woman who is setting a path for other girls to follow their dreams. Besides modeling, Milena currently works in a designer’s store, Model Mint, and babysits children. Simply, she is a multi-tasking and multi-talented person. And, Milena is thinking to start her own blogs too.

Milena is an English literature graduate. Presently, she has taken a little break from her studies to focus more on fashion and designing. Therefore, she is trying to create a balance in her life.

“Fashion Industry is very tough and unpredictable. Sometimes one has to work for twelve hours and they get projects very often. Then, it becomes quite impossible to focus on other things. Sometimes there is no work. Therefore, being in this industry requires lot of patience and hard work”.

Modeling happened to Milena accidentally. She never thought of making her way into the fashion world. When she came to Belgrade for her higher education, she was searching for a job. Currently, she is working as a freelance model. However, earlier she was associated with two agencies.

“I actually did not want to be a model because I thought that was so simple and was not able to see any progress. It was like superficial to me. But I needed a side job so I applied to three agencies and got selected in three of them. I chose the Click Fashion Agency. They are the founder of Belgrade Fashion Week and were working with one more agency that was sending models abroad”.

Gradually, Milena started liking modeling. What she likes the most is the performing and the act of posing. She found that she is free and can express herself fully.

“When one does modeling, they discover themselves with every project they do. Sometimes one does not know what they are capable of doing, but end up doing it. This way one discovers all parts of their personality. In modeling, one gets to work with photographers, designers, all of them are professional and working hard. Consequently, one learns about the process and what it takes to be there. Fashion is all about multimedia. There is film, music, and all sorts of art. This is what I like the most about it”.

Though, Milena is in the fashion industry for quite some time now, she still has to face challenges in her life as a model. Initially, when she started, she liked it. But being a model is not everyone’s cup of tea. Models are important but easily replaceable too. As soon as one realizes this, it becomes a lot easier if they do not take it personally. There was a moment when Milena felt bad about herself and doubted her capability. She was insecure about her job and was in an existential crisis. But over the years, she has grown more confident and mature. Though, when she started, it was very tricky and challenging.

In Serbia, plus-size modeling is not prominent and the market is not so wide. However, Milena loves the idea of putting different types of bodies and diversity in the industry.

Milena was fortunate enough to be associated with the well-known agencies. She got the guidance of Nenad Radujevic`, founder of the agency, and the Belgrade Fashion Week. He taught her a lot of things. When Milena started working with the agency, there was a modeling school where she was given grooming classes on how to walk, pose, and other aspects. The best advice they gave her was to accept things the way they are and to learn that this is just a part of the job.

“They always told me not to take things personally. Be confident about oneself. They always kept on telling me that either one is going to make it in this business or nobody will want them. Sometimes it becomes frustrating because its money that one needs and then there is no work. At some point one is living in luxury and then it is a normal life. So one should be able to handle ups and downs which comes with this job”.

The most rewarding thing for Milena is her friends. She made a lot of friends in the industry. She met her close friend through modeling. They met in the same grooming class in the modeling school. For her, it is comforting that she is able to find her place in the industry. There is no fierce competition among the models in Serbia compared to other countries. Moreover, her favorite places in the country are Belgrade, the capital, Tara- mountains in western Serbia, Central Serbia- Sumadija, and the Northern part where German influence can be seen. Talking about important skills to make it in the modeling industry, Milena said,

“One should have a sense of business. Also, one should know to approach it as a business. They should know how to sell oneself and gain profit. Furthermore, one should be a little more adventurous and willing to take risks”.

In the future, Milena would like to go to London for her modeling career and education.

During the worldwide lockdown, she got an opportunity to spend quality time with her family. Discussing her skin-care routine, Milena revealed,

“I do everyday fascial massage in the morning and in the evening. I follow basic skin care routine. Whenever I have shoots, I try to take good hours of sleep. I did not value sleep earlier but now I am taking care of my sleep routine as well. Also, I do not use any cosmetic product for skin and try to keep it as natural as I can. But the most important thing is to feel good about oneself”.

This article has been written by Devyani Srivastava. 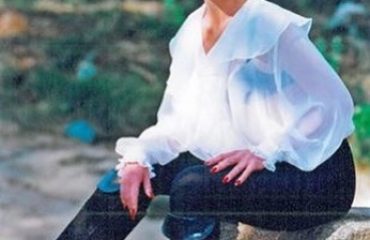 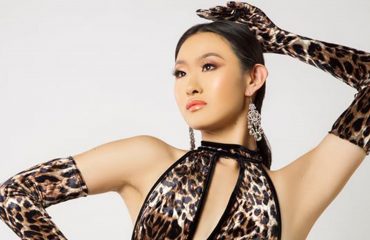 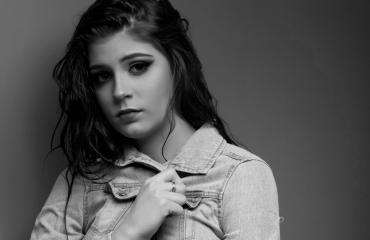 Brieana Mayne Talks About Her Weight And Modeling – Jan 2019

2 Comments to “ “Fashion Is All About Multimedia”, Fashion Model, Milena Panic`”