Close to seven decades have passed since India received independence, the clothing preferences of the people have transcended from freedom fighters to millennials. This short article unravels the adventure and evolution of fashion style in India.

In the 1950s the fashion was modest, understated, and formal. “Drip-dry” nylon, orlon, and dacron, which could retain heat-set pleats after washing, became immensely popular. Acrylic, polyester, triacetate, and spandex were all introduced in 1950.

The 1960s featured several diverse trends. It was a decade that broke many fashion traditions, mirroring social movements during the time. Designers were producing clothing more suitable for young adults, which led to an increase in interest and sales.

Men imitated western fashions such as the business suit. This was adapted to India’s hot tropical climate as the Nehru suit, a garment made from khadi that typically had a mandarin collar and patch pockets. Mandarin collar and Business suit in the elite class whereas Khadi and dhoti-kurta in rural areas. The ’60s was the time when Indian women finally started embracing fashion. Big poofy hair, along with the famed winged eyeliner marked its presence and went on to become a major fashion trend. The tight body-hugging and colorful kurtas also were in style, and every Indian woman had at least one in her wardrobe. Women in rural areas maintained traditional dress such as the ghagra choli, saree, and churidar.

This era is mainly recognized for the adaption of the hipster style. Men adopted the ‘Guru kurta’ (round-neck A-line kurta popularised by Rajesh Khanna), safari suits, and slim pants. By the end of the 70s, jeans emerged as daily wear for men. Cloth jackets, leather jackets, butterfly collar shirts, cloth trousers with flares, and 3 piece suits started to become popular. Every woman had a cowl neck sweater and bell sleeves top in her closet. One of the significant trends in the 70s was bell bottoms and bell sleeves. Women were seen donning mini bell sleeve dresses. At times they even went retro with a cloth headband. The late 70s also saw the advent of disco culture and style. The disco trend again paved the way for oversized and colorful sunglasses, worn to justify the hippy culture.
With a choker around your neck, you don’t need any other fashion jewelry piece to flaunt.

The early 80s were with a lot of browns and tans and oranges. Blocky shapes were everywhere, and dressing like a tennis player was the cool thing to do. For both genders, high waist pants and trousers were trending. Bright accessories like sunglasses and hooped earrings were famous and chokers also made an entry and never looked back. It was also the time when shimmery disco skirts and dresses with glittering headbands were in full power.

This era saw that fashion was for everyone to consume, and this time it wasn’t closeted within a typical Indian realm, but on our screens in the living room, as well as in the glossy monthly magazines like Femina. Baggy pants were common in men. For women, a multi-hued dangler is all you need to complement your sari or lehenga.
For men, waistcoats, baggy pants, print ties, dungarees, colorful denim, t-shirt, oversized shirt, dungarees, denim oversized shirt, waistcoats baggy pants with print ties and T-shirt was common.
Women were seen in color full bandhani sarees, shoulder pads, scarves, chunky jewelry, ankle-high boots, tight fitted skirts, hair bands, big decorative bindis as their outwears.

The new millennium had several international brands setting shop in India. Both men and women enjoyed new styles and experimented with cuts and patterns.
Men’s fashion was more about distressed jeans and cargo shorts along with fitted jeans and a T-shirt. Women preferred sari in its slinky and glamorous avatar with deep-cut cleavage-bearing blouses. Low-waist jeans too became hugely popular along with ethnic Kurtis. It was this era when short dresses took a boom in the market for women.

The 2010s have been quite the decade in the realm of fashion, fashion became more democratic than ever as labels opened up websites and social media outlets like Instagram and Facebook created new portals for sharing and consuming fashion. This era saw some of the casual women’s and girl’s fashion trends such as oversized sunglasses, aviator sunglasses, oversized and hoop earrings, jeans were worn for numerous occasions, wedge, flipflops, hot pants, denim jackets, belly shirts, and tube tops. For men, the introduction of the signature print-on-print look. Many colorful prints for men as in Indian men have become more experimental and flamboyant in their outlook. Also, new age men experimented with silhouettes with fitted shirts, fitted pants, and jeans trending as all-time fashion. 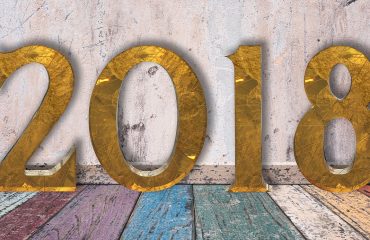 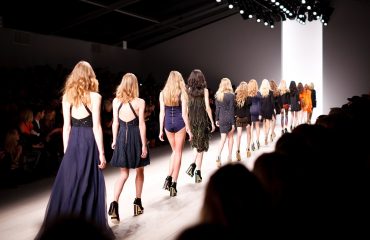 Tips to Perfect your Ramp Walk