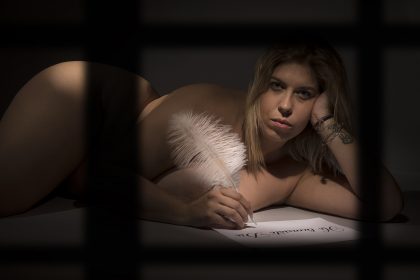 What is the perfect body? Wouldn’t it be easy if there were typecast molds for you to get into and come out with this impeccable flawless body? With every inch of you carved with perfection. But no one can cast us in an ideal body overnight as we are not made of wax. When asked today, who according to you has the perfect body? What would your answer be? Is it Kim Kardashian, Kendall, or rather Kylie Jenner?

Some would go with Beyoncé or Gigi. But those are the answers you get now. Go back a few decades and the answers would be different. There was a time when models like Kate Moss influenced the entire world and back in the day as they’d call it “thin was in”. Throughout the decades the Perfect body has been drastically changing and transforming.

It moreover is just a notion, an idea, and not a set defined standard, with fixed measurements. Sadly though the perfect body image came more out of the general opinion of the public according to what was trending at the particular time. And people are ready to go to any lengths to achieve that. The fact is that there is no such thing as  “the perfect body” but it is rather “the trending body image” and no matter how aware people are about the facts they still want to keep up with the coming times and work to achieve that perfect trending body.

Let us take a look at how the idea of the flawless body has been transcended down the History of Curves. Female figurines have been a source of conjecture since the earliest civilizations we know of. We can only speculate about the images and paintings found inside, but we can see the similarities. The difference between now and then is that even then the image of the body was different during various periods, just as it is today.

Talking about ancient Egypt, the famous Queen Cleopatra who was considered an icon of beauty is depicted to have symmetrical features of the face, with narrow shoulders and an overall slender body structure. Which at that time was venerated and was considered attractive. In Ancient Greece, fuller bodies were considered to be ideal. Most women strived to achieve the plump figures and light skin that can be seen on the many frescos all around Europe.

With the advent of the renaissance where everything was changing so was the perception of what the perfect woman should look like. People considered a rounded stomach, full lips, a healthy bosom, and fair skin desirable. The bigger the better might have after all had its roots from that period.

Coming into the Victorian era, women wanted a 12 inches waist no matter the consequences. So they used to wear tight corsets to give the impression of a cinched waist and a fuller bosom. Pep boyish figure which was in vogue for quite some time came in with twinkling twenties. Flat-chested and petite frames were the new fashion trend adorning them with bob cuts and short hairstyles. To achieve the flat-chested look, some women even wrapped cloth around their bust to get that squarish look.

Curves had taken a backseat again. Women were starving themselves to get that thin lanky frame and even a lot of eating disorders were coming up all around the world.

Then came the era of Hollywood where people were so influenced by what they saw on the big screens that everyone wanted to look like the actresses back in the day. Marilyn Monroe was one of the greatest names in history that people will never forget. She was one of the iconic blonde bombshells and drastically changed people’s opinions about body shape and sexuality. Women now not only wanted to have curves but also wanted to show off their figures in form-fitted clothing.

And again the thin was in, like a whirlwind the trend of being extremely skinny swooped in. Women starved themselves and were ready to do anything to achieve their body goal, which was far from ideal. They were ready to pass on the health risks it posed. They all wanted to look like models, slim and beautiful. Throughout two decades till the 80’s the petite frame was in vogue. Women wanted to have aerobic bodies and show off their thin legs and no thigh gap was the law to live by.

The obsession with being skinny was still widespread and the results were dire. Not just women but men also strived for withering looks. The no-fat percentage protocol was getting to people’s heads. Models like Kate Moss who were thin were insanely famous. Every girl wanted to be like her.

People threw years of the typecast of the perfect body meant being underweight out of the window. Women are becoming more realistic and accepting of their curves. Thanks to Kim’s iconic peach, women have shunned the age-old thin tradition and want fuller curvier bodies. Celebrities today are not emphasizing any one particular form of living and people should understand that everybody is different and needs to be treated differently.

Sophia Vergara, Beyoncé, JLo all of these beauties have hourglass figures and they are rocking it. Bigger butts are trending and people are flocking at the gym to train to get that booty. Everything has its merits and demerits. People’s perspectives might have changed about what is sexy. It still does not give them the right to body shame anyone.

Body image issues that were not considered a real thing are now getting a lot of attention. They made endeavors to bring the issue to light and make people aware that everyone is unique. Everybody is perfect as long as you are healthy and anybody who tells you otherwise can have their opinions stuck up safely at the right place. Curves or not, the focus should be on becoming fit and leading a healthy life because that is what will give you confidence and inner glow. It is your body and you need to treat it right.