Holi is considered one of the most revered and celebrated festivals of India and it is celebrated in almost every part of the country. The festival of colors is Holi, it is vibrant and filled with beautiful colors. Holi is considered one of the major festivals in India. It is also sometimes called the “festival of love” as on this day people get to unite forgetting all resentments and all types of bad feelings towards each other. The great Indian festival lasts for a day and a night, which starts in the evening of Purnima or the Full Moon Day in the month of Falgun. People celebrate it with the name Holika Dahan or Choti Holi on the first evening of the festival. The following day is Holi. In different parts of the country, people know it with different names.

The vibrancy of colors is something that brings in a lot of positivity in our lives and Holi being the festival of colors is a day worth rejoicing. Holi is a famous Hindu festival that people celebrate in every part of India with utmost joy and enthusiasm. The ritual starts by lighting up the bonfire one day before the day of Holi and this process symbolizes the triumph of good over the bad. On the day of Holi people play with colors with their friends and families and in the evening they show love and respect to their close ones with Abeer.

This colorful festival also celebrates the eternal love of Radha and Krishna. People celebrate this festival in a grand style in the city of Mathura and Vrindavan. The festival of colors teaches humankind to transcend above the caste and creed. It is a festival to forget old grievances and meeting others with great warmth & high spirit. This festival begins with the lighting of a bonfire on Holi eve. The next day, people play Holi with different types of colors, abirs, and gulls. They greet each other with Happy Holi and send warm wishes of the festival.

Kids and adults come out of their house and smear each other with bright shades of gulal. People sprinkle colorful waters on each other. Kids play with pichkari and water balloons. People exchange sweets, Thandai, and snacks among neighbors and friends. Also, Popular Holi sweets are Gujiya, Ladoo, Burfi, and Imarti, etc. Indian festive celebration is incomplete without delicious sweets.

People also dance to the beats of Holi songs and popular folk music. Exchange of holiday gifts, snack hampers, dry fruits, and greeting cards also exists. Holi festival has religious and historical significance in Hindu texts. There was a very popular mythological legend about king ‘Hiranyakashyapu’ and his son ‘Prahlad’. The devil king used to hate God esp. Lord Vishnu and threatened people in his kingdom to stop worshipping him. But this King’s son was a verdant devotee of Lord Vishnu.

He denied obeying his father’s command and this infuriated the king. Hiranyakashyap instructed his sister ‘Holika’ to pulverize his son Prahalad. Holika had the boon to being immune to fire. Also, She was sure that the blazing fire would not affect her. Hence, she took a seat on the fire with young Prahlad. Lord Vishnu rendered protection of his devotee Prahlad and he was alive but Holika was burnt into death. Therefore, the festival of Holi signifies the victory of good over evil.

Today, the festival of color allows us to reunite with family, friends, and dear ones. This festivity brings colors into the life of people when they can take a break from their monotonous life and share joy with loved ones. Everyone plays Holi by chasing each other and throwing bright gulal and colored water.

A very popular type of holiday.

Lathmar Holi – Uttar Pradesh, one of the popular Holi celebrations in India our journey continues to Uttar Pradesh, the largest state of India and also one of the most interesting Holi celebrations in India. Lathmar Holi as it is known in local Bhojpuri, people have a different approach to the entire Holi festivities. Women here arm themselves with lathis, canes meant to hit the men and boys playfully during the festivities. The men, in turn, come prepared with a dhal, or a shield to protect themselves. If the women catch a man, he has to dress in female attire and dance on the streets.

People do this primarily in jest and not aggressively. Largely celebrated all across Uttar Pradesh, Lathmar Holi finds its origins in Hindu Mythology. Also, People believe that Lord Krishna tried to tease Radha and play Holi with her in her village Barsana. Hence, The local women got angry and chased him away with lathis.

How and Why we should avoid Fast Fashion 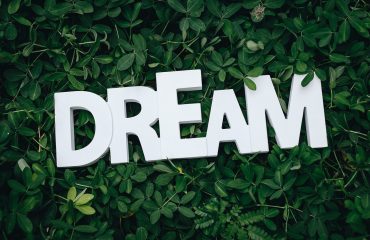 How To Not Let Your Disability Disable Your Dreams 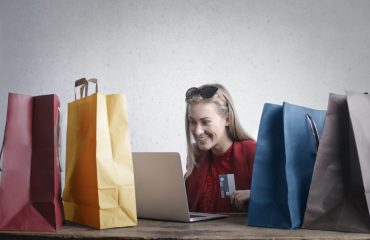 The Power of E-Commerce