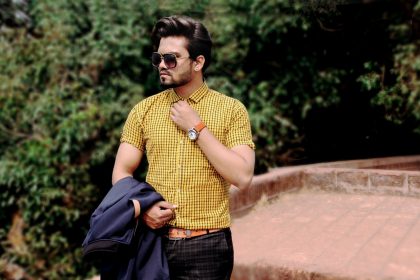 We have seen both, women in tuxedos and men in skirts. However, modern men are redefining the men’s fashion trends and masculinity norms. We all know that in the earlier twentieth century, Coco Chanel gave women the idea of trouser pants and tuxedos. So, as women broke the gender barrier in the terms of fashion, the men are also doing the same. They have also begun experimenting with the feminine masculine fashion. However, let us read how Indian men’s fashion is shattering masculine norms in the current era.

Today, many fast-fashion brands, as well as independent designers, have launched their unisex fashion lines. Their designs reflect the ever-changing notions of gender and self-representation through clothing. As of today, men have become equally conscious about their experimenting and trying the new trends, as they are about their physique. As we know in India, the majority of men wore dhoti-kurta. Different designs of jewelry were adorned by men and women. But with the gender fluidity in fashion, Indian men have broken the masculine norms.

From trying maximalism, bold prints, and feminine prints, to wearing long skirts and tight tops, men from both, India as well as internationally are experimenting with the trends. Blurring the lines of the safeguarded notion of masculinity, men’s fashion has reached the realms of dynamic evolution. Most importantly, the idea of personal individuality has gained momentum.

Not only the clothing trends but the accessories and jewelry have also evolved. The touch of feminine fashion can be seen in the accessories too. From pearl earrings and necklaces to men’s lace shirts, this year, the runway has seen it all.

Going Big for Making an Impact

With men experimenting with their feminine side with bold colors and new styles, men have broken all stereotypes and traditional norms. Social media influencers and celebrities have changed the desires of people around the world. This is a selfie-driven world. So, it has made the need to express one’s individuality easier. Moreover, even the audience has provided a safe and judgment-free society. Therefore, people have accepted the trends and tried expressing themselves through their outfits.

However, fashion trends are going genderless. With many models and celebrities going genderless, many designers have launched a collection of a genderless clothing line. However, as earlier the women were associated with being the more sensitive ones, they have come up as alpha-women. So, with feminism rising, going genderless or men revealing their feminine side could be a hint that men can be sensitive too. Therefore, support and believe in feminism too. So, go big to make a bigger impact.

From David Beckham seen wearing a sarong and nail paint on the beaches to Ranveer Singh sporting a skirt with a blazer. These popular and worldwide famous personalities have defied the social masculine norms. And chose to express themselves with their fashion trend. The millennial men have begun re-thinking these masculinity norms and what it means to be a guy. Having an elaborate skincare routine or using makeup does not make you any less of a man. And now they have understood it and expressed themselves. 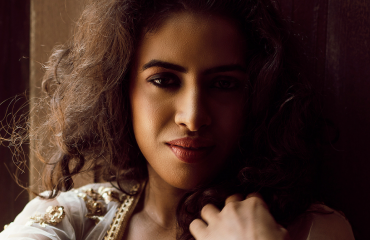