India is home to some of the most unpredictable, earthy, and charming people in the world. The Hindu gods and goddesses are known to derive their beauty from Indian men and women. Such is the pride. The idea of women with long plentiful hair, well-defined features, naturally thick brows, and those massive expressive eyes that have a certain soul is captivating

Their traditional dress- Sari, hugs the hip, shows off the waist, and blouses often reveal the neck, back, arms and Jewellery brings attention to ears, neck, nose, hands, fingers, arms, feet, toes, waist makes Indian women appear exotic. They have a sense of elegance and innocence that comes from wearing their ancient culture, it adds to their sense of identity and confidence and sets them apart.

And no wonder Indian women have won numerous beauty pageants for instance; Susmita Sen and Lara Dutta as Miss Universe, Aishwarya Rai, and Priyanka Chopra as Miss World. Besides, India has some of the world’s sexiest men and women for example Neha Dhupia, Riya Sen, and Arjun Ram Pal, Milind Soman, John Abraham, Dino Morea which leaves everyone wondering Why are Indians so beautiful and attractive?

Indians are a mix of races and that gives a mystic feel. India was colonized by Invaders and this is when the breeding of the “exotics” began. The average Indian could have Greek, Mongol, Arab, Turkish, Persian, Afghan, Portuguese, French, British, tribal, and Central Asian heritage.

Indians have a natural tan that gives them a beautiful skin color and delays skin aging. Therefore, Indians are proud of it and show an overwhelming acceptance for film actresses with darker skin. Rekha, Kajol, Anu Aggarwal, Shilpa Shetty, Bipasha Basu, Nandita Das, etc. the list is endless. Among male actors Rajni Kanth, Shatrughan Sinha and many other darker-skinned stars have ruled the hearts of millions.

They have beautiful raven black hair that is naturally heavy, dense, and thick rich in quality.

They have beautiful olive, black eyes that sparkle and glow, further accentuating them with the right amount of makeup rather than drowning it under piles of kohl.

They also tend to be petite, which can be attractive.

Indian women tend to be friendly, polite, and accommodative. They are generally very sweet that enhances their natural beauty. They are shy which can be attractive.

India has given the world some of the most breathtaking beauties, making a mark on the international platform. Young boys and girls are doing courses for beauty enhancement and professional intelligence. It was after India’s success at The Miss Universe and Miss World show, that the mindset of parents changed. Hence, they allowed their children to be a part of the modeling industry. They now perceive modeling as a gateway to fame, money, and a fabulous lifestyle.

Fleur Xavier, Seasons 2000 Fall collection model and currently one of India’s hottest Ramp models asserts that modeling is an exceptionally profitable career prospect. She says “It gives more money than most of the fields available to. I am 24 and I think I make more money than another 24-year-old doing a nine to five job so if I can make so much money at my age, then I have to put in that much effort.”

Summing up, India is a hotbed of the fashion industry. It is not just highly successful at giving to the world some of the most drool-worthy men and women but also at extending a generous hug to everyone willing to come. Indians are prolific admirers of exotic beauty. And that makes it highly convenient for models throughout the world to gain acceptance in Bollywood, Hindi cinema, and several other fashion-related platforms.

How To Not Let Your Disability Disable Your Dreams 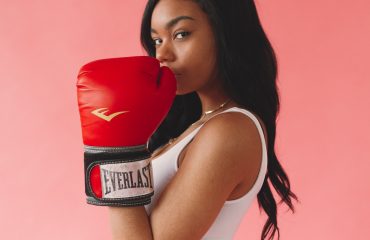 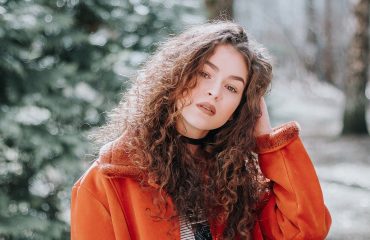 What is Everyday Life Like for a Female Model?