On the Way of Eradicating Deep-Rooted Racism from Fashion Industry

On the Way of Eradicating Deep-Rooted Racism from Fashion Industry

Fashion Industry: The Emperor Of The Current Era

By the literal meaning, the fashion industry is a multimillion-dollar global venture. It is specially dedicated to designing, advertising and selling clothes.

Some observers differentiate between the fashion industry which refers to “haute couture.” And the simple clothing industry makes casual wear or “mass fashion.” But the horizons between them had indistinct by the fashion scenario of the 1970s.

Fashion is the styles of outfits and accessories at any given time adorned by different groups of people. Nowadays, fashion is not just related to clothing. It is now the essence of your personality, style, and beliefs. So, they hold all the charisma and power, and designers are well acquainted with them.

Fashion can change from one second to the next. But what never changes is the hold it has over society, and the role it plays in the modern world. In the 21st century, stylish fashion trends rule over the world more than they ever did. They dominate not only the way people deck up but also their makeup, accessories, and their overall attitudes.

Fashion is valiant and audacious. And this reflects the charm of a generation that is not timid to express their opinions or wear what they want.

According to the dictionary, “Racism is the systemic oppression of a racial group to the social, economic, and political advantage of another.”

Racial discrimination means boycott, restriction, or choice based on color, race, lineage, national or ethnic origin, or any other field of public life. This wide definition covers all acts of racially motivated distinction of human rights and fundamental freedoms in the political, economic, social, cultural aspects. Further, it includes conscious and subconscious prejudices against minorities as derogatory attitudes.

Fast-fashion and racism are so finely knitted. This evil system must tear down for progressive change to happen. The whole luxury fashion makes the chain of commands. Telling people what they should appear like externally often demands telling them what’s unsuitable.

The fashion industry has a scheme where people first need to feel bad to splurge on feeling better. For decades, the industry had nearly no dark complexion, wrinkles, fat bodies, etc. We simply shrug off things if they are against self-created beauty standards.

The fashion industry is generally a platform to celebrate all things modish and glamorous. But at its heartbeats, a grotesque blend of systemic racism and exploitation exists. This has kept the mainstream fashion industry primarily white for too long.

The identity of the fashion industry basically shows western dominance, which leads to refrainment and racial discrimination.

Our tendency to label black models suitable for certain niches such as urban or exotic has left them marginalized and less paid as compared to their white counterparts. Nevertheless, there is a common practice of whitewashing in the fashion world. It is the act of lighting or digitally modifying the skin color of women in such a way as to make the dark complexion look whiter. The ugly message of this disgusting act is: their complexion or skin shade is not glowing enough. Simply because it is not white.

For an industry that counts so heavily on people of color for all its achievements. It is disappointing to see an absence of BIPOC representation in marketing and operations. This lack of diversity is clearly evident in fashion. We observe it in racist ads, movies, daily soaps, on the ramps, etc. And more prominently, we find it in the boardrooms.

Many famous brands continue to release inconsiderate ads and launch mindless products because of this lack of diversity in leadership. That is why the industry depreciates models of color on the runway. And that is why garment workers working in the C-suite of luxury fashion houses continue to mistreating and exploitation.

Cause of Racism in the Fashion Industry

In order to eradicate its roots, exposing and impartially addressing the main causes of racism in the fashion industry is extremely crucial. There are several important steps that must take place to change peoples’ beliefs and attitudes in the truest sense.

To describe that equality, we must terminate the double standards that now exist. For instance, it is somehow okay to promote “Black Lives Matter” but “All Lives Matter” is completely unacceptable, even racist. Why is that?

If we really seek color blindness and racial equality, how can we explain such discrepancies?

It is a scanty nod to the diversity that doesn’t encompass the principles of true equality. The numbers of POC models on runways at luxury fashion weeks. Though white people are a global minority, we still massively over-represent them in the fashion world. It places greater value on Eurocentric aesthetic notions.

Much of the diversity that has been granted so far, is not the result of true belief in equality. But as the direct outcome of public pressure. It is why we are seeing more black models. If you are not making enough noise for your fundamental rights, then you will continue to be shut out.

Fashion racism isn’t just what we see in magazines, runways, window displays, and social media. It is also in the trade policies and agreements that are not easily apparent. Fashion racism developed & extends from the trade liberalization policies in the 1980s and 1990s.

Some universal fashion brands summoned for their discriminatory work environments and told to confront their racist attitude. Transgender model Munroe Bergdorf jumped on L’Oreal’s ‘BlackoutTuesday’ posts to impeach the beauty brand of hypocrisy. She said that while protesting against racism in strong language she got fire. American actor Tommy Dorfman found recently in a campaign lately for Salvatore Ferragamo, called out the Italian splendid brand called a “homophobic and racist work environment.”

Fashion isn’t just a way of how we demonstrate ourselves to society. It is the way how our society places significance on our appearance through the outlook of others. Fashion can be assertive, stimulating, comical, and even shocking. Those at the top positions need to be responsible and address racism in the fashion industry at large. It starts with speaking up. And it ends with legitimate action.

Some of these actions include this diversifying leadership in the fashion industry; fighting for menial workers’ rights. Moreover, committing to transparency and sustainability and investing in minority communities.

Lastly, black talent needs hiring, promoting, and celebrating black at the forefront. In order to attain real and long-lasting change. The fashion industry must learn from its past mistakes, admit past misjudgment. And unite together to move ahead as a unified way towards a bright future. A future that requires all-inclusivity, justice, and equality for all. 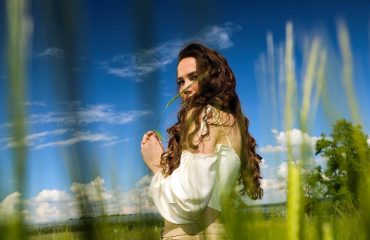 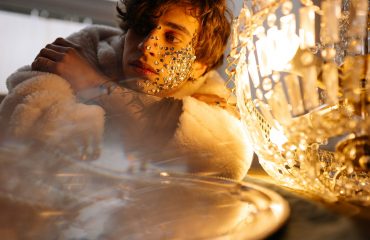