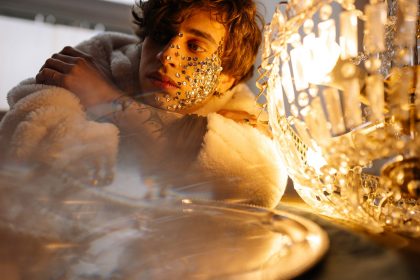 Supermodels are the constant in the ever-changing fashion industry. The living “mannequins” were the pioneers of models in the 1800s. However, it kickstarted the whole fashion diva movement. The term supermodel became well known in the popular culture of the 1990s. Supermodels are highly paid fashion models who are famous worldwide. They are the face of haute couture and commercial modeling. They usually work for massive fashion designers and clothing brands. Supermodels sign multimillion-dollar contracts, endorsements, and campaigns and are on the covers of leading fashion magazines.

In other words, supermodels have branded themselves as household names. Little girls everywhere dreamt of being one. Similarly, we can see the Instagram-famous models bringing the runway to digital space today. So let us see where it all started.

The start of it all

Charles Frederick Worth was one of the famous couturiers in the mid-1800s. He also became the first designer to use live models instead of mannequins to market his clothing. By the 1920s, modeling had become a liable job choice for women. The department stores and retailers across the U.S. regularly hosted fashion shows with live models. Therefore it gave rise to a modeling school all across the country.

The first well-known supermodels were Lisa Fonssagrives, Dorian Leigh, and Fiona Campbell-Walter. The demand for supermodels also depended upon the photographer in that decade. They were the first choice of every great photographer. A model would make $10-$25 for an hour of the session. On the other hand, according to the New York Times, the supermodels earned $40 for an hour.

Bettina is one of the models who went by only her first name only. She was so well-loved that the famous Givenchy named his hugely popular Bettina blouse after her. Similarly, Barbara Goalen was in the heart of the general public. In 1954, onlookers mobbed her marriage ceremony, eager to get the look of the bride. 1955 shined on with Carmen Dell’Orefice strutting the runway on an aircraft. On the other hand, Suzy Parker was the first-ever model who participated in a bikini shoot.

By the 1960s, the modeling industry bloomed and, supermodels were getting the recognization they deserved. Photographer David Bailey introduced Jean Shrimpton to the world and, she was named the “model of the year” by Glamour magazine. Peggy Moffitt was called “L.A.’s 1960s-era muse” by Booth Moore in L.A. Times. Black model also came into light with Donyale Luna being the first-ever supermodel and Time magazine dubbed 1966 as the “The Luna Year” in her honor.

It was the era where supermodel aesthetic inspired  women all over the world. Women everywhere took inspiration from models for their haircuts, clothes, and shoes. Linda Morand, Pat Cleveland, Cheryl Tiegs, Beverly Johnson, Margaux Hemingway, Gia Carangi, Christie Brinkley were the big models who ruled the 70s.

Jerry Hall and Elle Macpherson started their lingerie line. Paulina Porizkova signed a $6,500,000 contract with Estée Lauder. Naomi Campbell, along with Christy Turlington and Linda Evangelista, became the big names. People know them as the “Trinity.” Kate Moss, Cindy Crawford, and Claudia Schiffer joined the party later. They became the “Big Six” in the 1990s.

In the later decades, supermodels were seen in the mass media as well. Tyra Banks was one of the first models to act on television. Similarly, Helena Christensen was in “Wicked Games” – a music video by Chris Isaak’s got her famous worldwide. Heidi Klum copyrighted her name while Naomi Campbell became the face of the women-child aesthetic.

The great muse of society

Criticism surrounded the fashion industry for setting up unrealistic expectations for women. But they are slowly changing their norms. Since the 1980s, black, heavier, and “ethnic” models have dominated the runways in North America. There is an increasing level of racial diversity among supermodels in the fashion scene. The Japanese model Tao Okamoto and Chinese models Fei Fei Sun and Liu Wen are prominent names on runways. On the other hand, there is a rise in the importance of social media that triggered social movements such as third-wave body positivity.

The recent decade celebrated plus-size models. Ashley Graham and Camille Kostek are the prominent faces of luxury brands like Chanel and rocking their walk on the New York fashion week. Most importantly, the industry expands daily to include diversity in sizes, genders, and social media visibility. Every decade has its generation of women that represent the times we are in. So who knows what’s will be the next move of the industry and who will be the next fashion icon.

How to turn your Photography hobby into profession?