In this August edition of WORLD MODEL HUNT, we have Sahil Chalotra sharing his modeling experience as part of our special India edition. From his initial days to what is it like to be a model in a diverse country like India, he talks about all.

What encouraged you to become a model?

From the very beginning, I wanted to earn my name and fame. I also dreamt that the world would know my state with my name. Further, my friends and my teachers always encouraged me a lot

Now being a model isn’t easy. It requires a lot of hard work. Give us an insight into your journey as a model?

I belong to a small village in Himachal where people have never thought of modeling and acting. I was the first person who decided to pursue a career in this field and this decision was very challenging itself. I visited the event of Mr. Himachal for the first time without informing my family. But I was rejected. Then I went to Mr. Punjab, I was rejected again. But even after getting rejected, I gained a lot more knowledge and experience. Later, I came to know about an event, Mr. Novelty organized in a novelty mall in Pathankot.

Then I decided to try my luck again, then I took some grooming lessons for that event and gratefully was awarded as Mr. Photogenic. After that small achievement, my confidence boosted up to another level. Later, I again went to Mr. Himachal’s event. And unbelievably I won the 1st runner-up momento of Mr. Himachal 2018. Then, in 20191 got the winning title Mr. Iff. Later I got titled Mr. India exotic in 2019. It did not stop here, I continued winning many other awards as well. I’d also participated in runway like that of Ugi, Australia fashion week, Dehradun fashion week. My journey also included collaboration with Manyavar, fbb, Vanhussain magazines.

Dreams are what we live for. What dreams do you have related to your modeling career?

My dream is to become a supermodel. Apart from this, I am really excited to work in the Bollywood industry.

We all idolize someone professionally, who do you idolize as a model?

I idolize Hritik Roshan due to his personality, acting, physique, and most importantly how he overcame his struggles.

India has a really tough crowd for models, they have to go through a lot. Tell us one incident that you went through, about discrimination or challenges, etc. Working in this field was my decision and the biggest problem I belong to a middle-class family, so I had to have another source of income as well, and my conditions forced me to do the job simultaneously. My family and job pressurized me to an extent that I decided to quit modeling, but I gathered all the strength and thankfully still did not give up on my dream, family, and the job as well

What country would you rather be in for modeling than India?

I would love to do modeling in Dubai, Australia, and the USA. 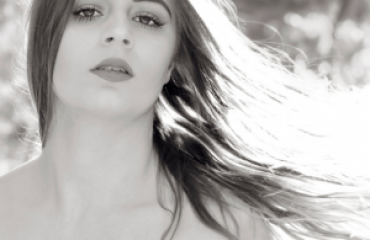