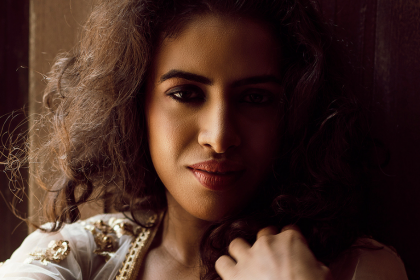 Nastiya Roy, won the 2019 World Model Hunt, Wednesday War, model contest competing against models from various other countries. The final round was a very tough competition and almost ended in a draw with just 18 votes more for Nastiya, out of more than 4000+ votes cast within the 24 hours of the Instagram voting contest.

With a huge following of more than 150k followers on Instagram, Nastiya is referred to as one of the boldest models on Instagram in India and is a very down-to-earth and amazing woman. She believes in empowering women and spends most of her earnings in helping the blind through self-donation and various other means.

After she won the model contest for 2019 with World Model Hunt, we went ahead to interview her for WMH Magazine, here are some more details directly from her, for her followers to know and understand her better.

Over social media, where most Indians would vouch for you as the top few boldest models in India. How do you feel when you get to hear that?

You are listed over many different websites, while on 500px you have a different name. Did you change your name for the modeling industry and if yes, why choose Nastiya Roy?

Yes, 500px was created a long time back when I used to do high-end fashion shoots. I had created it with my official name. Nastiya Roy was named to me by one of my movies Director, I found the name more attractive and catchier!!! I started using Nastiya for my modeling industry.

You’ve started your career very late, probably not more than 12-15 months ago. What made you decide to slip on to the industry of modeling.

I’m into modeling for the last 4 yrs. now… Things got changed when one of a friend approached me for a photoshoot for one of the Online Clothing Website… I always wanted to give it a try in the fashion industry… When the opportunity came to me, I just grabbed it and my interest in modeling increased, and started doing shoots regularly since then.

What was your profession before modeling?

I was working in the corporates.

If not a model, what would you be doing right now?

Probably would work in IT Corporate

The future is unseen, but everyone has plans, what do you have planned for your fans to see you in?

If you have to say thank you to one person for your career, who would that be, other than your amazing and loving fans?

Hmmm…. I would always Thank all the photographers & movie directors for making me what I’m today!!! They are the ones who groomed me and gave me confidence!!!

What’s your modeling fantasy? (who/what do you want to model for?)

I would love to be getting featured in Playboy or Penthouse Magazine!!!

We are sure there were struggles, how did you cope up with your struggle time when you began your career?

Finding genuine people was a struggle however God has been kind to me and met some people who really helped me and still those people are around me.

If you had a chance to help people, how would you do it? (most models are involved in charity, some help kids, some help cancer patients, what specific category of charity would you be throwing your efforts into)

I do lots of charity for blind people, there are few Blind Homes in Bangalore every year I donate them whatsoever is possible from my end and do charity work during natural disasters (recently floods in Karnataka State)

India is a very conservative country, from what we have heard, families don’t allow their kids to get into the modeling and fashion industry easily? Did that ever happen to you?

Yes, I too went through with the same I’m still going through with it…. But modeling and fashion is my passion, I would certainly continue doing my shoot!

What would you say to the people out there struggling to make a career in the industry?

Never Give Up!!! Hard work always pays off!!!

Do tell us your most happy/cherished/amazing moment in life (in the industry of modeling)?

Well… When I was named as the “World Model Hunt Magazine Wednesday War, Model Contest 2019 Winner!!! And when my first movie was released in cinema halls!!!

Everyone has horrifying moments. Share yours with us? (in the industry of modeling)

There was no such horrifying moment but was scared when I had to face the camera for my 1st movie in Kannada.

Nicole Johnson is an incredible model and businesswoman – July 2020 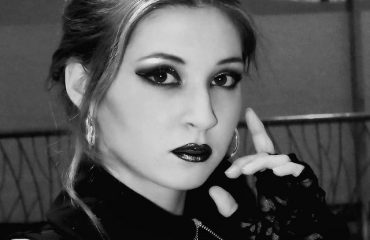 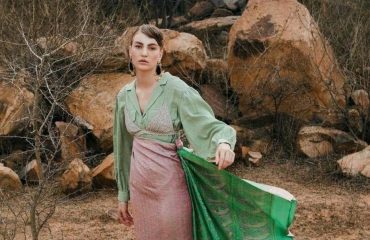