March 8 every year, International Women’s Day is a day dedicated to honoring the achievements of women throughout history. It is all across the globe. A typical day for women from all different backgrounds and cultures to band together. Also, to fight for gender parity and women’s rights.

Gender parity is a statistical measure that compares women and men through their income, education, and work hours, among other points. This sociological metric helps researchers understand how society is progressing or regressing in specific areas. It’s also an important tool for policymakers striving towards gender equality.
Of course, the global celebration of International Women’s Day is a time for reflection of how far women have come. Also, advocacy for what we still need, and action to continue breaking down barriers. With over a century of history, IWD is a growing movement centered around unity and strength.

International Women’s Day has a rich history dating back 108 years. The first glimpse of it was in 1909. It was when the Socialist Party of America celebrated 15,000 women protesting long work hours, low pay, and the lack of voting rights in New York City.
Internationally, purple is a color for symbolizing women. Historically the combination of purple, green and white to symbolize women’s equality originated from the Women’s Social and Political Union in the UK in 1908. Purple signifies justice and dignity. Green symbolizes hope. White represents purity but people no longer use it as ‘purity’ is a controversial concept.

A global web of rich and diverse local activities connects women from all around the world. Right from political rallies, business conferences, government activities, and networking events through to local women’s craft markets, theatrical performances, fashion parades, and more. Many global corporations actively support IWD by running their events and campaigns. For example, on 8 March Google’s search engine often changes its Google Doodle on its global search pages to honor IWD. Year on year IWD is certainly increasing in status. 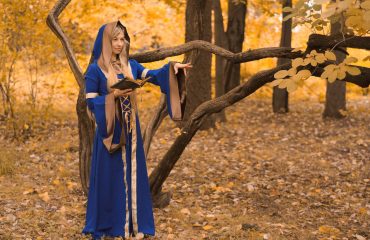